Features: A serpent with a head at each end

Amphisbaina was born from the blood that dripped from Medusa’s severed head as Perseus flew and carried it over the Libyan Desert.

In the beginning it was described as being a deadly poisonous, two headed snakelike creature.

In later drawings it is shown as having scaled chicken-like feet and feathered wings.

Some pictures even show it as being more dragon-like with horns and small round ears.

Both heads were identical – making it impossible to know which end was charging.

In ancient times, expecting women wearing one of these creepy snakes live around their necks would assure themselves a safe pregnancy.

If the meat of this serpent was ingested, one could attract many lovers of the opposite sex.

Killing one during a full moon would give power to the pure of mind and heart.

If only the skin was worn around ones neck – it could even cure the common cold.

This creature inspired many poets to refer to this legendary creature in their works. 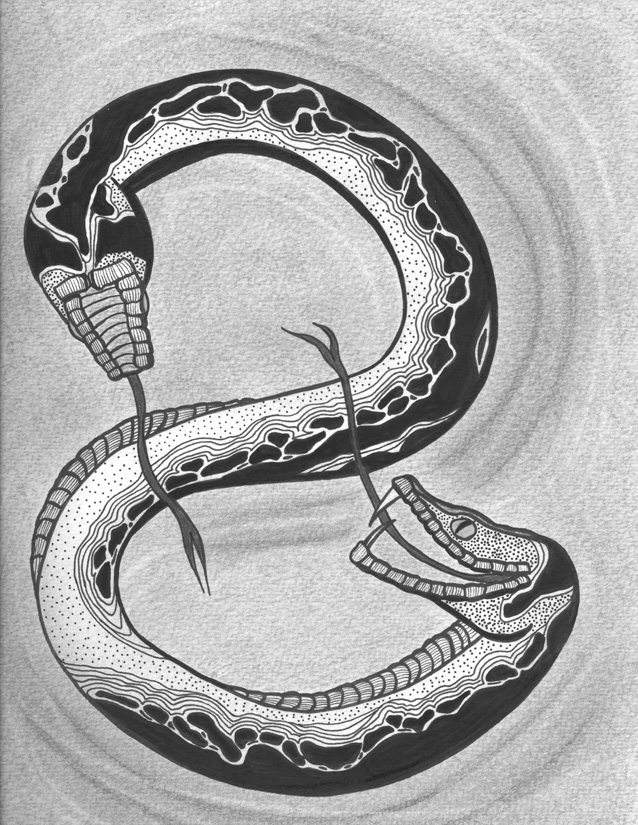 Watch a short clip of Medusa in action!

In this fairy-tale land of Ganteville lives a group of ants called Gallavants.

All young Gallavants must go through school and learn all about of the responsibilities of being an ant.  There are many roles found & required in this complex fairy-tale ant society.  Each young Gallavant must learn the importance of each role as each of them will be assigned one of these roles when their studies are completed.

Graduating from school will allow them to earn their kabump on Kabump Day.  A kabump is a bump on their abdomen that signifies that they have become a full fledged member of the Gallavant society.

In this story, there is a creature that is similar to the Amphisbaena, a Vanterviper.  This worm-like creature has two heads, is blue, red, purple and each head has one long tooth.

It travels through the tunnels & eats the Gallavants and their eggs.  One pupil named Shando succeeds in tricking the Vanterviper by getting the two heads to argue with each other.

Return to Top of Amphisbaena Page