Features: Tall human male with the head of a jackal


The Anupu was a large, tall and human-like creature with the black head of a jackal.

The darkness of the head symbolized the color of rotting flesh and the black soil of the Nile Valley.

His main role was to guard the tombs and cemeteries of the dead and protect them during their journey to the afterlife.

With the merging of different religious beliefs, other gods took the place of and eventually lessened this creature’s importance.

Nevertheless, he was made the patron god of embalmers.

During the ceremonies of funerary rites, priests would adorn the black mask of a jackal.

In other accounts, this god of the dead was represented with the full, black jackal form wearing a ribbon and holding a flail.

Statues were made of this version and placed over tombs for added protection into the afterlife. 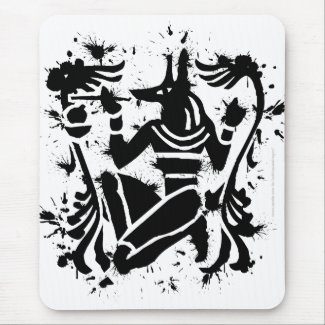 Anubis - in the movies

2001 Starring Brendan Fraser, Rachel Weisz and John Hannah. In this movie, the Scorpion King swears an oath to Anupu and exchanges his soul for the power to defeat all of his enemies.

An Egyptian cult resurrects Imhotep to use his powers to defeat the Scorpion King. This is carried out with the goal of having Imhotep in charge of the Scorpions King’s deadly army of jackal headed humanoid soldiers.

In this game, this Egyptian god of the dead has exceptional battle skills.

Plague of Locusts - He can spray a huge swarm of locusts at his enemies and overcome them.

Mummify - He can throw numerous wraps at once towards his challengers and mummify them in place.

Grasping Hands - He has the power to open a portal to the underworld and unleash the dead that claw and grab at the surface taking down anyone they touch with their corpse-like hands.

Death Gaze - Since he is able to channel much evil power, he can channel this energy and unleash a gaze of pure evil power that destroys anything in his sight.

Come on - watch some of the action!

The video below was contributed by iGamrGeekTV.

Return to top of Anubis page