Habitat: All over Australia


A Bunyip is described in several different ways.

It is often described as having a huge mouth with long sharp teeth and the tail of an enormous crocodile.

Its body though, can either be snake-like or furry and human-looking.

Some accounts described it as having a dog-like face, dark fur, flippers, a horse’s tail, large tusks or horns.

All that is known for sure is that the Aborigines were definitely petrified of these monstrous beasts.

They are known to attack and mutilate anyone that ventures too close to the lakes and swamps where they hide and live.

These mythical beasts are known to have a particular liking and taste for women and children.

Early European settlers were frightened by the strange unknown cries of the wild Australian animals and were told by the Aborigines that these sounds came from this monster creature also called the Wemba-Wemba.

Aborigines believed that these large water monsters were spirits sent to Earth to punish evil doers. 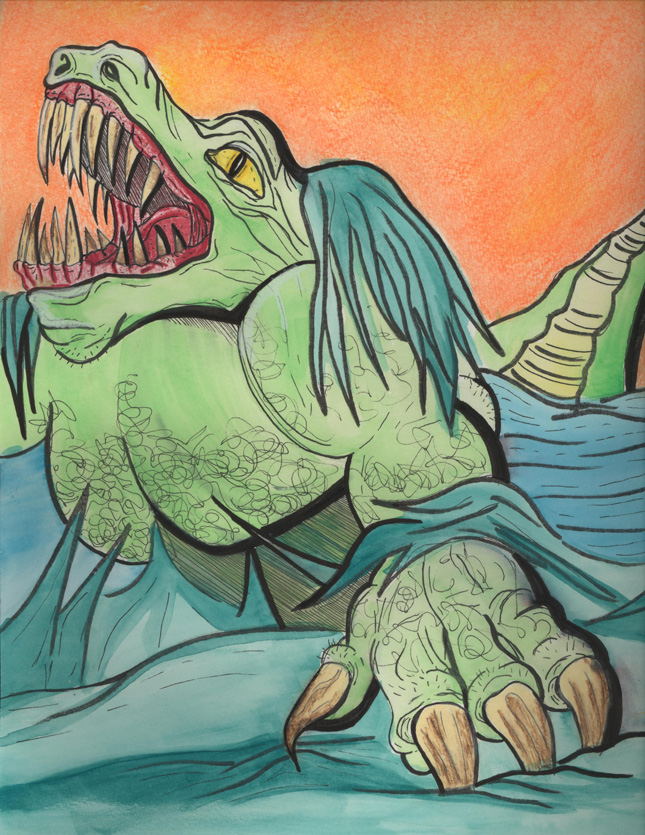