Various forms of these odd mythical creatures have been around for a very long time.   They mostly started off as being a simple instrumental piece of early architecture.

Early versions were simple in shape and were affixed to the roof tops to carry excess water from the roof onto the ground and away from the base of the walls of structures & buildings.

Many cultures became very artistic in creating these gargouilles and over time the more intricate versions were placed around the roof tops as more of an ornamental piece.

Some were carved to resembled lions, monks, unusual mixtures of animals, monkeys, ordinary people and even dragons.  Some were grotesque, odd and frightening and some were even carved into comical figures.

Ancient Egyptian architecture used a lion headed version as a form of water diversion on their structures.  Greek temples were also decorated with lion mouthed water spouts such as the famous temple of Zeus. 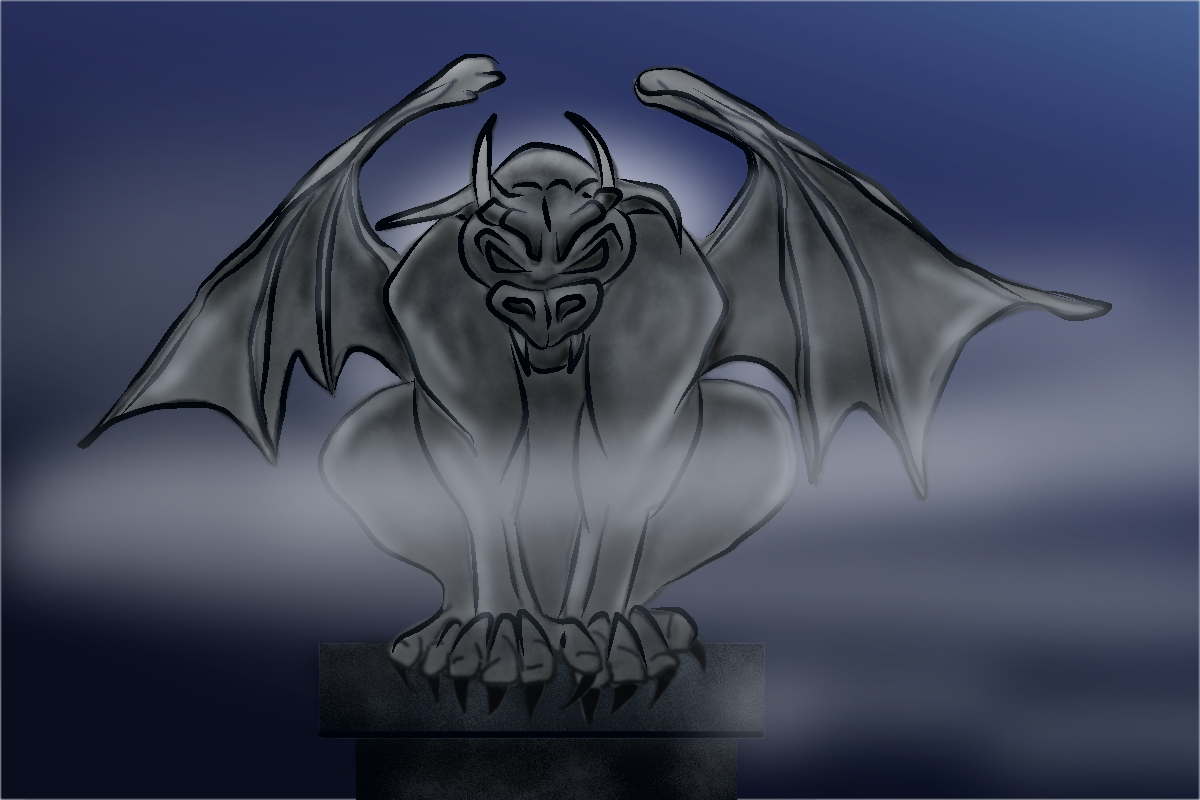 In history, while trying to convert and convince more people to join their faith, the Catholic Church used this mythical creature as a symbol of evil.

Since many of the people were illiterate at the time, the use of visual symbols was very predominate and important to achieve communication.  The Catholic Church placed them on the roofs of churches as a visual symbol of the perils of evil.

The church also sometimes placed them on their churches as a sign and form of protection against outside evil.  This relayed to the people that evil could not enter the church walls thus creating a safe place for them to come and gather.

More recent versions of this mythical creature resemble a small dragon or gremlin with horns and bat-like wings.

Some stories claim that these stone statues come to life and become warriors during the night to protect humans while they sleep and are at their most vulnerable.

Gargulio must always get back to the place where they perch before sunrise or self destruct.  Also, this way no one ever sees these faithful and silent protectors while they are supposedly watching out for us.

Over the times numerous stories, movies and TV series have been created with these creatures as the primary focus or even as the main characters.  So, when looking at the existing depictions of these mythical creatures siting atop real life structers, can you not help but wonder?

Return to top of Gargoyles page