Features:  Gigantic killer worms with a beak and long tentacles

Graboids are a fictional species of sandworms.  Overall, they resemble a gigantic 6-foot-wide, 30-foot-long, 10 to 20-ton grub with a large armoured beak.  They use these massive beaks to push aside dirt as they effortlessly swim underneath the desert sand looking for food. 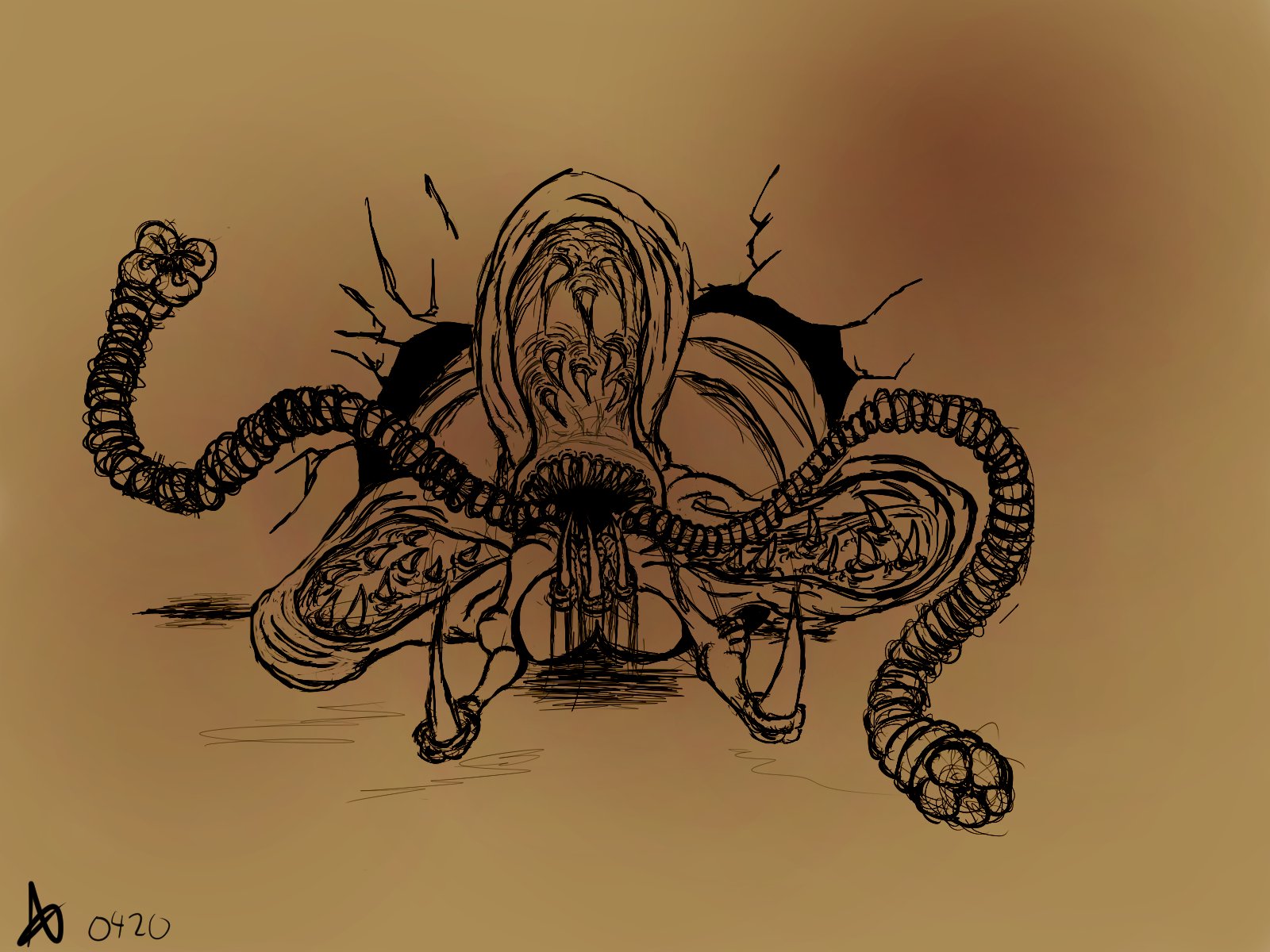 Their beaks and hooked mandibles open like an enormous monstrous blooming flower.  Once their mouths are opened, threatening tentacles emerge from inside their throats.  These tentacles can manoeuvre on their own and have a six to ten-foot reach.  The tentacles are used to grip & pull prey into the creature’s mouth.

These tentacles also have their own set of teeth and can be mistaken as sole creatures when extended.  Individually writhing about and hissing like snakes in the sand, they can cause victims to underestimate the true size of this subterranean desert dwelling monster.

The graboids terror on earth began in 1889 when they started feasting on miners who worked at a silver mine located near the North American town of Perfection.  An effort by the locals to destroy and contain them to this town takes place.  Their existence and all incidents involving them were kept secret so as not to deter future settlers to the area.

Graboids have a life cycle which is described throughout the course of the film series.  Eggs are laid by Ass-Blasters which hatch small desert worms that are armored with spikes and can hurl themselves out of the sand to tackle prey.

These mature into graboids that after enough feasting, will eventually seek a secluded area where they are to metamorphose into the next phase of their existence.  They emerge as Shriekers & immediately begin searching for food so that they can spit out a cocoon containing a smaller version of themselves.

These cocoons then turn into Ass-Blasters which will lay eggs, and this begins the life cycle of these terrifying monsters all over again.

GRABOIDS - IN THE MOVIES

This story takes place east of the Sierra Nevada mountains.  Strange events begin occurring in and around the isolated ex-mining settlement of Perfection, Nevada.

For anyone who may be interested in a series marathon or binge watching all things graboid to watch these sandworms swim underneath the earth & popup in deserts all over the world in search of food well, here is a listing of the Tremors films.

Return to Top of Graboids Page