A Valkyrja is a term used to describe an often beautiful female figure that is also a soldier of battle.

They are sometimes also described as having wings themselves or getting about by riding a magnificent winged horse.

They are often portrayed carrying various weapons; almost always accompanied by a shield, sword and or spear.

They also sometimes yield a bow and arrow.  Their attire is similar to a female version of a Viking warrior in battle gear.

In works of art, they are seen in armor with helmets that are sometimes adorned with feathers on either side.  Their hair is most often red or blonde and flowing about in the air or dressed up in braids.

These fearless female Viking warriors have appeared in many poems, songs, works of art and stories.  Some poems even describe them as trouble makers that instigate battles and engage in them.  They are even accused of devouring the remains of the slain.

During battles, a Valkyrja chooses and decides which soldiers will live or which will die in battle.  The fallen that she chooses are brought to an afterlife gathering of the slain, the great hall Valhalla.  These grounds are ruled by the god Odin.

Odin must share his half of the slain with the goddess Freyja.  Freyja is beautiful and rides the battlefields wearing her cloak of feathers as she chooses half the slain to bring to her fields of the afterlife, Folkvangr.

These powerful female warriors are sometimes portrayed as daughters of royalty or lovers of mortal heroes.  They are also referred to as being in the company of ravens, horses and sometimes swans.

Thanks to this gameplay video by iGamrgeekTV. 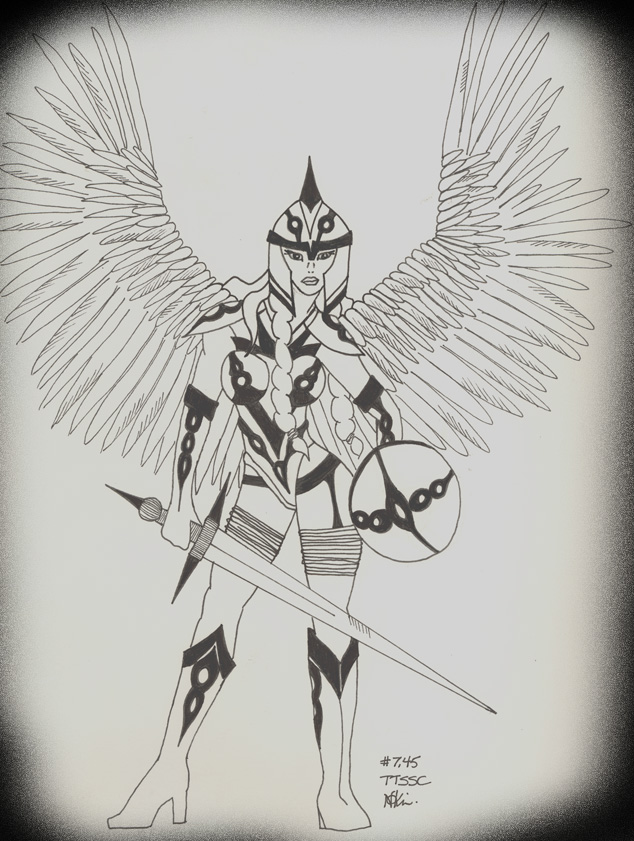 Above is a sketch of one of these remarkable female Viking warriors with attitude.

That look says "Yeah, YOU are going to Valhalla!"

For more exciting information on these amazing female warriors visit this page on Wikipedia!

Return to top of Valkyrie Page