Features:  Alien with a cylinder-shaped head, sharp claws and a long, spiked tail


The Xenomorph have long elongated cylindrical skulls that reach all the way to the middle of their backs.  They have shoulder armour and long arms equipped with sharp claws.

They can stand upright on their legs and have a long boney tail with a sharp tip.  They also have spikes shooting out of their backs.  Adults can run and crawl extremely fast along walls and ceilings.

They have a skeletal, biomechanical appearance and are usually coloured in various shades of black, dark grey and blue.  Their body temp matches the environment so they cannot be detected using thermal imaging.

The Queen lays eggs which then hatch into “facehuggers”. These younger versions have 8 claws and a very long tail.  They attach themselves to their victims faces while choking them with their tails tightly wrapped around their necks.

Their general stance, appearance and behavior is affected by the mixture of the embryo and the host.  In Alien 3 – Ellen Ripley comments that this parasitoid would probably be able to use any size of host – from a house cat to an Asian elephant.

XENOMORPH – IN THE MOVIES 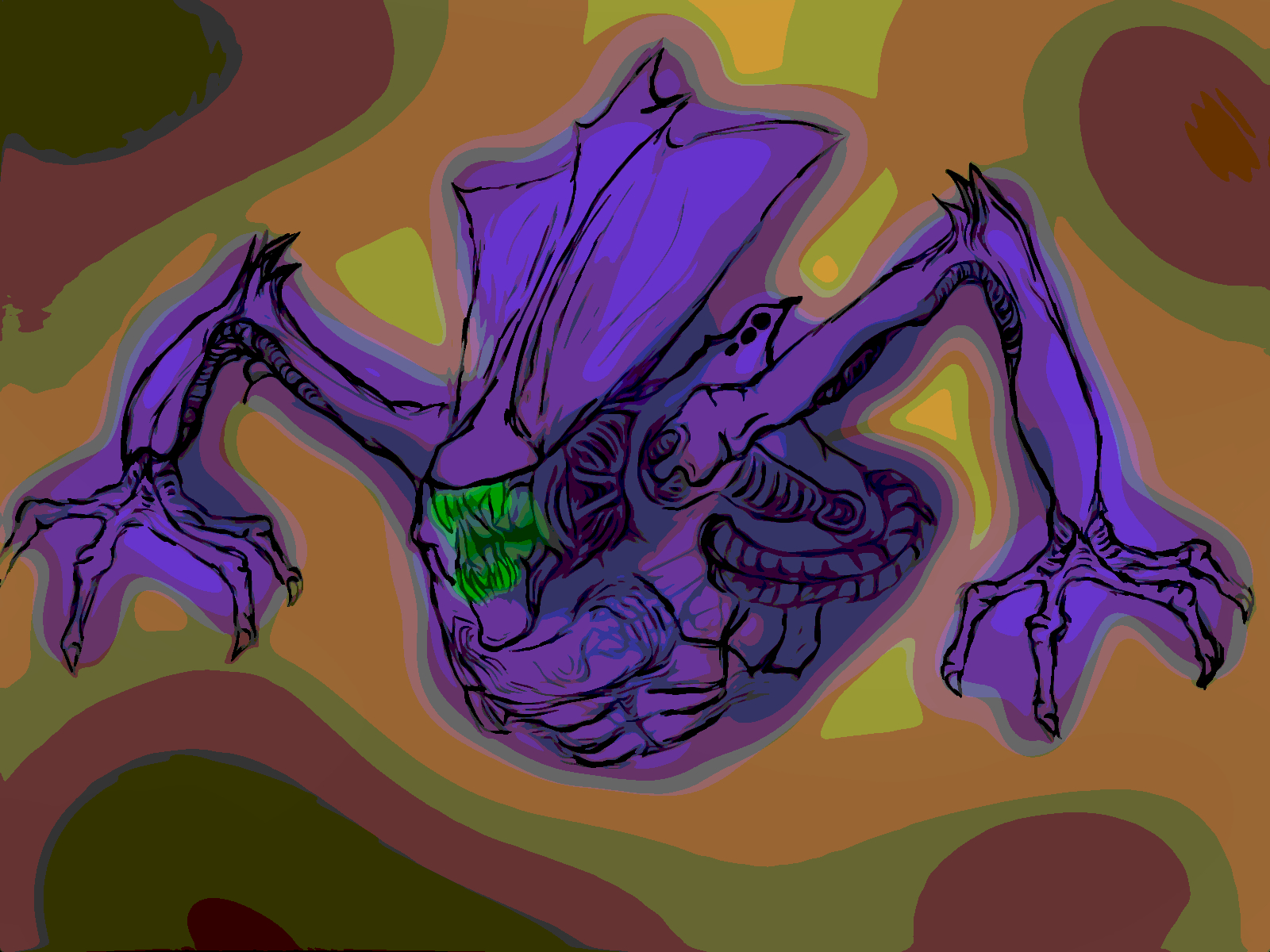 While on a return trip to earth, commercial space tug Nostromo’s computer awakens the seven crew members to investigate a detected signal as per company policy.  They land on the moon and discover that the signal comes from a derelict alien ship.

The transmission is deciphered to be a warning by Ellen Ripley, but it is too late - one of the crew members exploring the alien ship has already been in contact with an unknown creature’s eggs.

Ellen Ripley is rescued from the escape shuttle she boarded after she destroyed her ship - the Nostromo.  It’s been 57 years, so she is debriefed by her employers who do not believe her stories of her previous crew finding alien eggs.  The site is now a terraforming colony named Hadley’s Hope.

After contact with the colony is lost, a Wehland- Yutani representative asks Ripley to accompany them to investigate. Still freshly traumatized from her encounter with the Xenomorph, she agrees with the condition that they exterminate the creatures.

Continuing from the events that occurred in Aliens, Ripley is awakened to be informed that she is the sole survivor of an escape pod.  The pod has crash landed on Florina “Fury” 101, a maximum-security correctional facility for males with a genetic predisposition for antisocial behaviour.

200 years after what occurred in Alien 3, military scientists aboard space vessel USM Auriga create a clone of Ellen Ripley.  While cloning – the Xenomorph queen’s DNA is mixed in with that of Ellen Ripley’s.

The clone designated as Ripley 8 grows up with an embryo inside.  The scientists raise the embryo while keeping Ripley’s clone for further observation.

Return to Top of Xenomorph Page