In Mayan Mythology, this evil mythical creature was a gigantic vampire bat said to be the same size as that of a full grown human male, sometimes even much larger.

It would randomly and suddenly go on the attack and suck victim’s dry of their blood.  Just as a real bat, he only came out during the night and terrorized the local people.

During the day, the Mayan people felt safe as they believed this monster spent his daylight hours existing somewhere out of site as a stone statue. 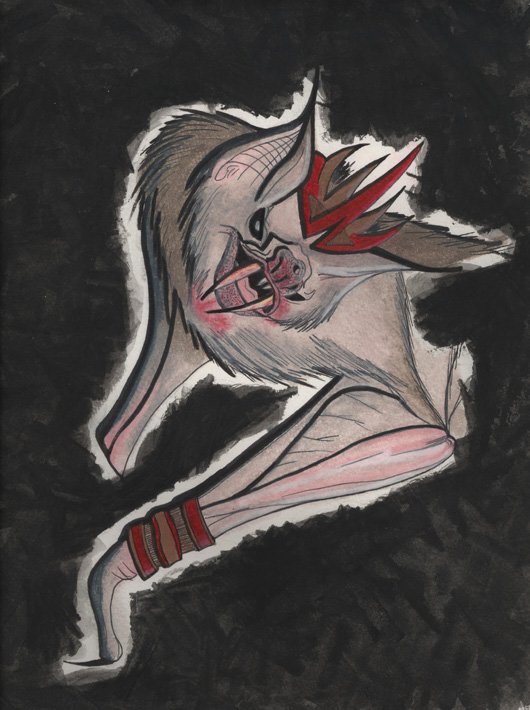 This blood thirsty and huge vampire bat terrorized the natives of Central America.  It was known to drink the blood of and kill both animals and people.  He was even been accused of once committing genocide against the Mayan people.

In Ancient Mayan Mythology there are numerous gods and demons.  The gods protected the Mayans from various demons by keeping them enslaved and trapped in the Underworld known as Xibalba.

In return for their protection, the gods demanded that the Mayans offer various sacrifices which often included the blood and death of humans.  Some of the Mayans eventually revolted against these demands and the cruel laws of the gods.  As punishment, the gods unleashed Camazotz out of Xibalba and onto the earth.

This mythical demon was said to have destroyed this entire race of Mayans in order that the gods could create another race of humans, a race that would abide by their laws and demands.

This gigantic vampire bat was pure evil.  During his stay in the Underworld, he is said to have commanded troops in fierce battles against the Mayan gods and preventing them from entering the Underworld.

He also would engage battle against other Maya death gods that opposed him.

In this game, this Deadly god of Bats has these unique battle skills.

Return to Top of Camazotz Page