Practically every ancient civilization has its own tales and stories about this spectacular creature.

The two most common interpretations of this magnificent beast are the Western (European) and Eastern (Asian/Oriental) types.

In general, most forms had serpentine and/or other reptilian traits with various strengths, powers and physical features.

The quantity of legs, arms, heads and types of skin varies greatly. They also are described in a large variety of differing colours. 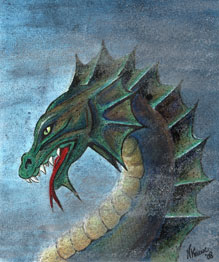 Eastern versions were mostly depicted as good, wise and great teachers and allies to the humankind. They were often gentle and the keepers of peace and wisdom.

Their Western counterparts were in general quite the opposite. Many were entirely evil and solely bent on destruction and causing total chaos.

Whether good or evil, they often represented one of the elementals with the ability to control and use its powers to help their allies and destroy any opposing forces.

This category is definitely one of our all time favorites.

These mythical and legendary creatures are always fascinating whether they are champions or absolute villains in any story or tale in existence.


The Elder Scrolls - Skyrim:  a short video of an awesome battle - who will win?

Amphithere - Creatures with wings only and a forked tail

This TV series is an adaptation of A Song of Ice and Fire - a series of fantasy novels by author George R.R. Martin.

We don't want to spoil this captivating series by giving away too too much but our favourite mythical creatures are involved in the storyline!!

In the first season - they are but just three little eggs.  They do hatch at some point - and now we wait to see what they have to show us! 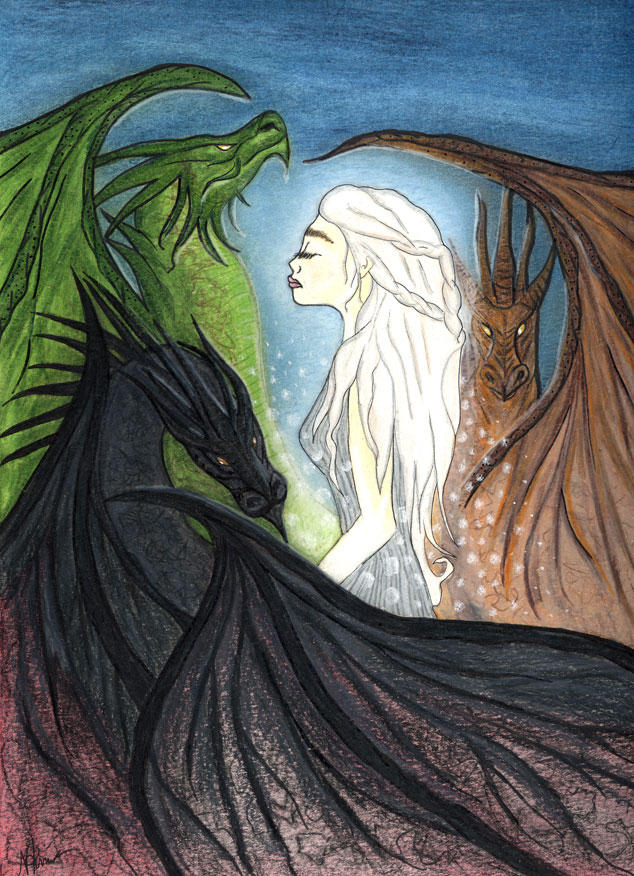 Our in house artist has recently completed this illustration of Daenerys Targaryen - Mother of Dragons.

Return to top of Dragons page